Why are games so addictive?

It is not for nothing that in recent years more and more rehab clinics are filling up with game addicts. Back in 2019, NOS reported that in three years the number of Dutch game addicts had doubled. Often these were boys who ended up in rehab clinics who spent more than 18 hours a day in their rooms gaming.

According to research, gaming has become increasingly addictive. Many games such as Fortnite are now free to play, but users are continually enticed by small online purchases within the game. Game developers use various tricks for this purpose to keep enticing the user and promote addiction. In this article, we are going to tell you what techniques different Game developers use. Games such as Fortnite, FIFA and platforms such as YouTube are being made more and more attractive and fun for children, which only makes them want to keep playing.

While playing, dopamine, adrenaline and endorphins are released making children feel even better. In the process, game users are continuously enticed by in-game purchases within the games. Major game developers today spend millions to make the games even more addictive. In Fifa, for example, you can buy coins. These coins can then be used to open virtual packages that give you the chance to win very good players. Of course, this chance is incredibly small and often you get the less good players. Despite the messed up betting system, users continue to buy Fifa coins en masse to still have a chance at these rewards. The same substances like dopamine, adrenaline and endorphins are produced in large quantities while opening these packages. The games almost become an online gambling casino for children. Gambling is of course forbidden for children and very strict rules will be imposed on this in the near future. YouTube shows how the richest YouTubers spend hundreds and sometimes thousands of dollars on these coins to then show how many packs they can open. Watching YouTube movies after gaming is thus a popular combination, but creates heavy addictions. 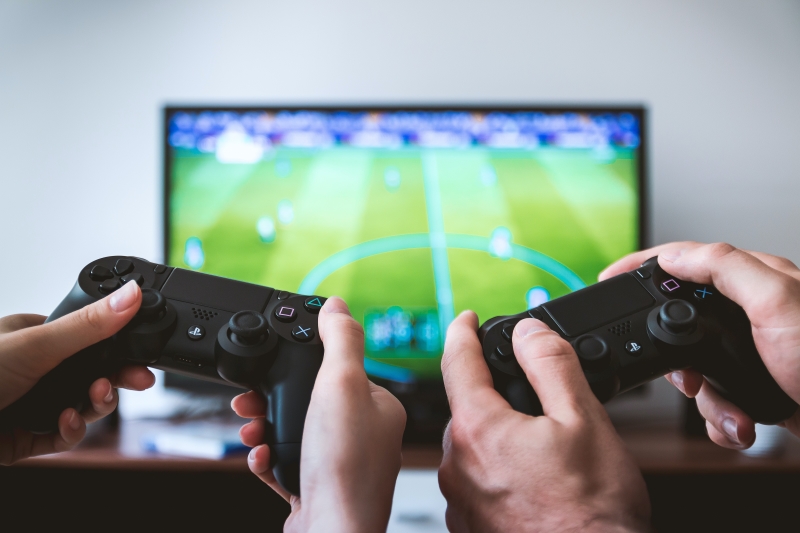 Sometimes game developers try other ways to keep children behind the scenes. For example, League of Legends used this with someone who wanted to cancel their account. They then sent a message to the user that they were sad they wanted to delete their account.

There are now many investigations and lawsuits going on about these techniques being used. It is irresponsible to make children so dependent on digital worlds. Game developers should take responsibility. They have a tremendous amount of information about users, and if they see youngsters spending ten hours in a row gaming, they could also send a notification like, “I’m sorry to see that you’ve been playing for ten hours in a row. It makes me a little sad.’

Just about all children who play games are familiar with the game Fortnite, indeed most will play it themselves or have played it at one time or another. Since 2017, Fortnite has been a free game what can be played on many consoles. The game is made in a cartoon-like style. The game can be played in two versions Battle Royale and Save the world (paid). The game is very popular with children and is being played more and more worldwide. So what makes this game so addictive? 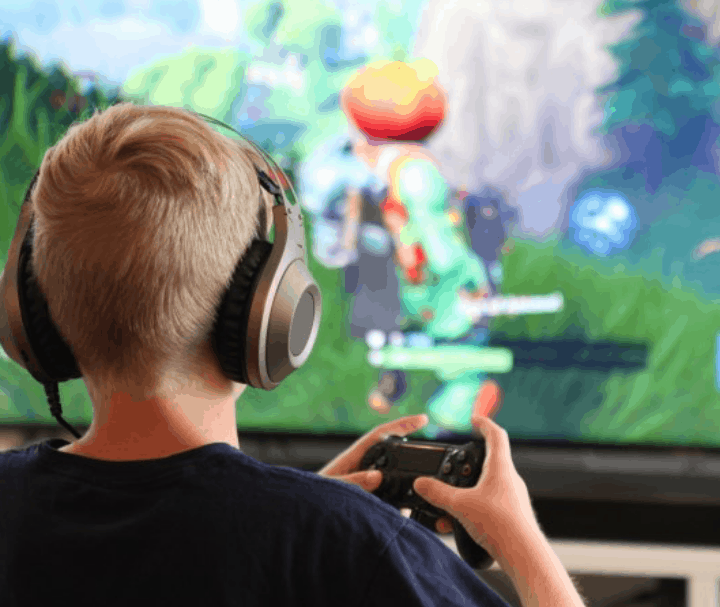 Most kids who play Fortnite often talk about Battle Royale, simply because this is the free-to-play version of Fortnite and is the most played. In this version, you play online on an island against 99 other players and the goal is to be the last one left on the island. It can be played alone, in pairs or in a team of four.

Battle Royale starts from an aerial bus that flies over the island where each player can jump out. Once you land on the island you go as quickly as possible to find materials such as iron, wood and stone, weapons and medicine. With these you can protect yourself and eliminate other players. The game has a cartoonish look and therefore is not at all violent.

The concept and elaboration of Fortnite already makes the game very addictive. The new system that Fortnite started with is the so-called battle pass (not mandatory). The user spends per season son 10 euros in coins. With these coins you can get access to a kind of stripping card. On this strippenkaart are numerous rewards that increase in value. Of course at the end of this list are the best rewards that everyone wants. After playing a game, the player receives stars that are added to the battle pass. So everyone wants the final rewards claimed at the end of the season. Not surprisingly, this will take several hundred games to finish the dot card. The human brain likes to finish things. Unfinished tasks we find tedious and so we try to finish everything we started (which is a good trait). So Fortnite totally plays into this with kids. They may not even feel very much like playing the game itself after a long day of school, but finishing the season must be done in order to be the first to show friends that they have already achieved the rewards. It is also for good reason that an awful lot of games have adopted this system.

It is sometimes difficult for parents to understand what is so fun about Fortnite and why kids can play it for hours. As a tip to parents, talk to your child about it and ask what is so fun about Fortnite and watch a game with them sometime. Children often get a lot of fun out of gaming and by talking about it together, children will also understand that there are other more fun activities than just sitting behind a screen. Create a good balance by making good and clear agreements about gaming and screen time.