Do you ever worry that your child’s behavior changes because of the games he or she plays? Is this behavior positive or do children actually become more aggressive from gaming? Many studies have been done on the influences of games on children’s behavior. We explain whether games can incite aggression or other undesirable behavior.

A lot of research has been done on this issue, but researchers don’t get off easy either. Of course, it also depends on what a child is like as a person. When children are very impressionable, they will be more likely to adopt certain behaviors they experience from video games. Fortunately, researchers have done several studies. These have included psychologists from the American University of Rochester. They created special games where the controls, difficulty level and interface can be adjusted. Nearly six hundred gamers played in this experiment. They all played in different variations, after this the subjects were tested for feelings, behaviors and aggressive thoughts.

After the gamers played the different variations, all gamers were tested with different experiments. One was with ice water, all candidates had to hold their hand in a container of ice cold water for 25 seconds. They were told that their predecessor had achieved 25 seconds, this to build up a sense of competition. Everyone who had previously played a difficult version of a game wanted to last an average of ten seconds longer than the previous player’s so-called 25 seconds. It was also found that the gamers who had played the difficult version of the game were just slightly more irritable than the gamers who had played the easy version of the game.

Each child obviously reacts differently to a game; for example, one child takes on aggression and violence very quickly. Also, age icons do not always have to say everything. For example, consider a game where there is a lot of shooting or violence. This is obviously much more intense and overwhelming than a game that says eighteen-plus because it only involves gambling. So it is important to check with your child what kind of game it is and how your child might react to it. Of course, one child is also more likely to be influenced than another. Therefore, the age ratings of PEGI are not to judge the educational value of a video game. With games for very young children, for example, the PEGI age rating is not only there for dangerous or shocking content, but this may also be there because the difficulty level is too high for children.

When you wonder why children would become aggressive from gaming, the first thing you would think of is the game itself. The results of several studies show that children often become moody because a game just won’t work. If a game is very difficult resulting in many failures this causes frustration and suppresses pleasurable feelings.  For example, this could already be the case with a sports game such as FIFA. While FIFA is a soccer game in which there is no violence or bad language, we often see that FIFA gamers can become aggressive after losing a game many times. Think swearing or even throwing stuff. 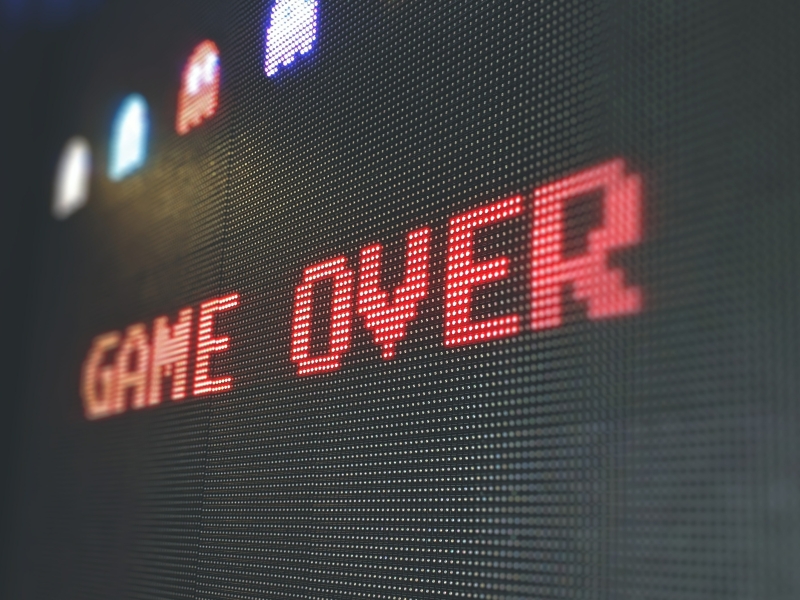 If you have watched the game with your child and you think to yourself, my child is still just a little too young or impressionable for this. State this clearly so that your child knows it is too explicit and also tell them why this is so. When children understand why this is the case, they are more likely to understand. After a while, check again together if the game is still too violent. This way your child also sees that it is not a forever no and that there is always room for a yes in the future. This can also prevent them from sneaking off to play the game somewhere else. It is also very important at times to just sit back and watch your child when they are gaming. This also shows that you actually care.

Friends of your child

If you have doubts about whether the game is responsible enough for your child, or you doubt the PEGI age rating. Could you possibly also discuss this with other parents in the area. It is nice to talk about this with other parents. Maybe they will come up with aspects you haven’t thought about yet. They are obviously facing the same dilemmas and understand what it is like to judge. You could also possibly look on YouTube, here you will find numerous trailers and reviews of many different games. Of course, it is not the intention for your child to play the unwanted games at friends’ houses. If you discuss this with the parents, everyone can nicely keep an eye on it.

If you notice that your child has been gaming a lot lately. You might want to start monitoring this. When children see and experience something every day, it can cause normalization of gaming behavior. For example, if your child plays violent games every day, the likelihood that your child will apply this in real life is significantly higher, though. Of course, there are not only negative consequences to all these aggressive and troublesome games, but also good things. For example, think of them as a way for children to get rid of their aggression. Discuss this with each other!

If you have had a good discussion with your child, it is good to make some agreements. Do you think your child’s screen time is very high? Finding a solution is easier said than done. The most important thing is to make arrangements. We have written a piece on how to do this. Gametimer allows you to create the perfect balance at home. After making screen time appointments, you can easily use the app to put the appointments you made into Gametimer. This advanced timer then keeps track of the time played each day with any required breaks between games. Because your child can use the Gametimer by himself, your child learns responsibility, planning and organizing. With Gametimer, you create peace of mind in your home.